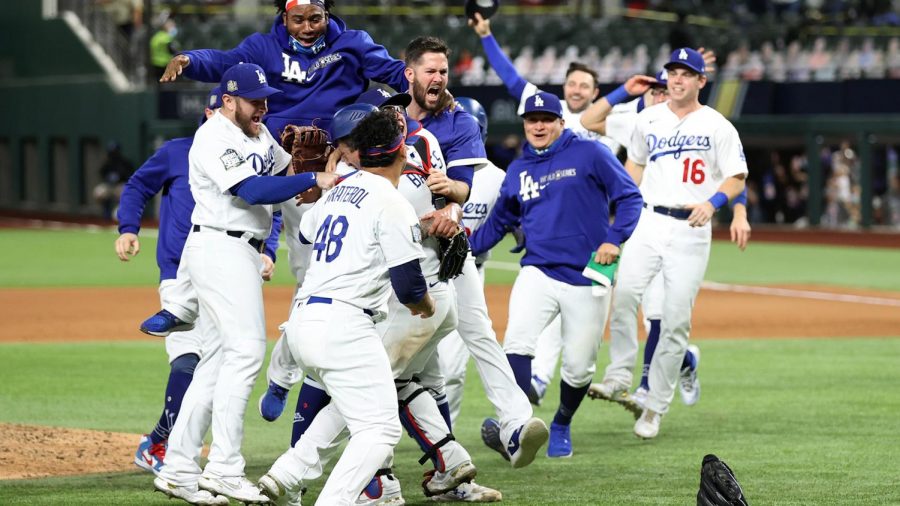 After making it so close to winning the world series, the LA Dodgers finally got the job done. It was a struggle for them to be in two world series previous to this one and not win. After losing to the Houston Astros who were exposed for cheating in 2017 and then to the Boston Red Sox in 2018, fans still had hope saying, “This is our year.” Although it was a somewhat unusual season with them only playing 60 out of 162 games, which is usual for the season, the fans still viewed it as a regular season. The Dodgers went through three teams to get to the world series. Although things seemed to be going badly in the NLDS, where they faced the Atlanta Braves having a score of three games to one, they never lost hope, and neither did the fans. They were able to come back and win that series in game 7, which eventually landed them a trip to the world series where they came out on top.

The city of Los Angeles erupted in celebration right after their win in the World Series. People of all ages, races, and backgrounds gathered in the downtown LA area to celebrate. However, it did get a bit wild, having many people gathering, cars doing donuts at intersections, and fireworks going off.

Owen Chavez, a student at Anaheim High School, says that he has been a fan of the Dodgers since he was born, with his whole family being a fan of the team. He talks about his experience seeing the Dodgers win and says, “ I was filled with joy once they won, and it was nice celebrating with my whole family.” And like him, many other people are feeling ecstatic over the win.

On the other hand, the rival city team, the Anaheim Angels, didn’t even make the postseason(playoffs) and were not as happy that the Dodgers won. Die-hard Angel’s fan Elias Gonzalez said that he has always been an Angels fan since he has lived in Anaheim for his whole life and supports them in the good and the bad. When it came to the dodgers winning, he said, “They played good baseball, and they deserved it.” He also mentioned the two Mexican players who play with the Dodgers, Julio Urias, and Victor Gonzalez saying that it was good seeing players representing Mexico.