Are You Personally Active? 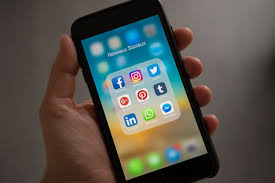 They say that because of exposure to improvement in technology such as phones, consoles, etc., this generation has been getting lazier. Only a minority of teenagers nowadays are active in sports or other activities. There is an estimate that 55.5 percent of all high school students play a sport in the United States.

“In other words, MOST of us don’t have the high self-esteem we need to attract abundance, have rewarding relationships, be happy and achieve fulfillment,” says Connie Bennet (journalist & author) in one of her articles that she wrote titled, ¨Are You Among the 85 % of People With Low Self-Esteem? It Can Lead to Weight Gain & More.¨ She states that in the past years she suffered from unpredictable mood swings, ferocious headaches, etc. This, she states, was due to eating lots of junk food causing weight gain. Therefore in her article, she tries to give certain tips in order for others to prevent following in the same footsteps.

You are probably wondering how active are teenagers? These were the responses.

It is perceivable that most students are inactive, yet they are aware of the benefits that come along with being active.

The students who took the survey stated that the reasons why they are inactive are due to not feeling motivated, being lazy, or simply not having time.

Overall, most of the students claimed to be inactive. They outnumbered those who were. It is fascinating how technology has taken over society. People do not find the need to be active anymore now that they have access to social media. That, of course, entertains teenagers more rather than being active in anything.