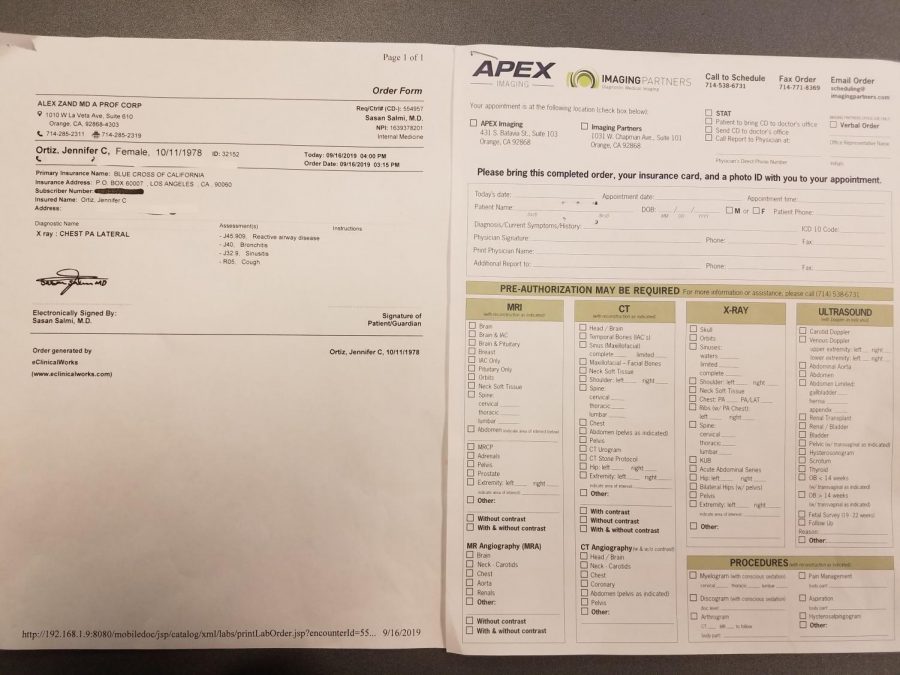 It may be a bit shocking, but Mrs. Ortiz was not aware of this controversy. Mrs. Ortiz did have evidence to prove that she was sick and told AEnews “I was diagnosed with Bronchitis, but he(doctor) told me that if I don’t respond well with the 2nd round of antibiotics, then I was going to get chest x-rays for pneumonia.¨ Her condition was even on the brink of worsening, but she still took on the challenge of the race.

Mrs. Ortiz decided not to postpone the race because ̈The children were really desperate for a winner and I wasn’t going to disappoint the children.¨

When Mrs. Ortiz was asked how she felt about her students having different opinions on this topic, she responded with “It obviously is a testament about their character whether or not they have compassion for the people who are in it. I feel confident they will come around when they read this article.¨

AE News obtained a copy of the doctor’s note where it clearly states that she was diagnosed with bronchitis, we are offering our public the evidence in the picture provided with the hope that it will resolve all controversy.

In conclusion, Mrs. Ortiz was willing to race with Bronchitis because she did not want to disappoint her students.